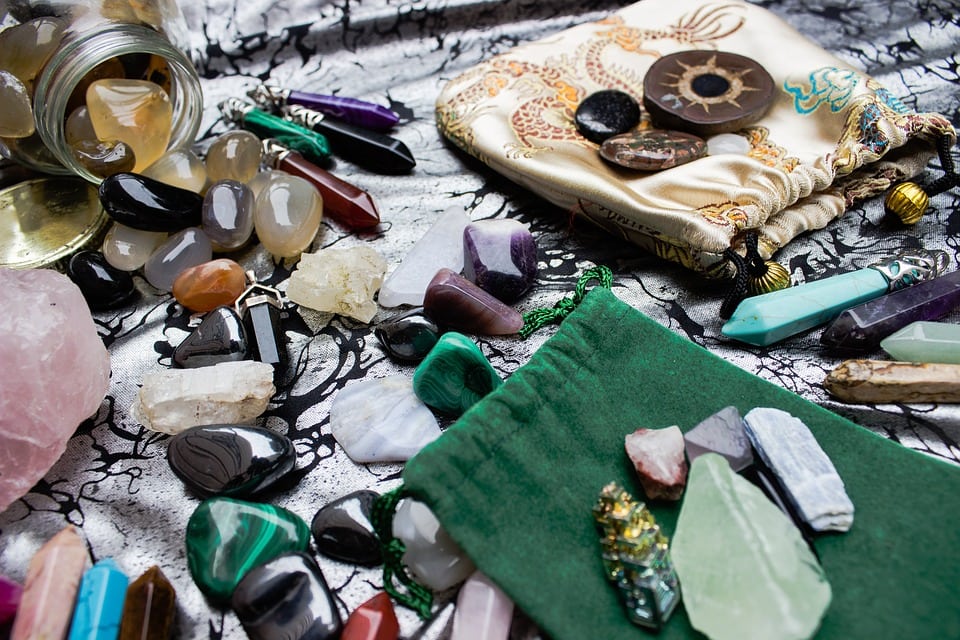 Gemstone therapy is a healing practice with historic roots all around the world. In this introductory article, we discuss the history of gemstone therapy, how it’s used today, and which gemstones and crystals correspond to each of the seven chakras.

The History of Gemstone Therapy

Dating back thousands of years, gemstones have been thought to possess energetic healing properties. The ancient Egyptians associated gems, crystals, and other materials with various spiritual and healing applications. In traditional Chinese medicine, stones were thought to assist in channeling and healing Qi or chi-energy. They are still featured prominently in Chinese homeopathy and feng shui theory today.

Robust traditions of gemstone therapy were also documented by the Ayurvedic healers in the Indian subcontinent. This research can be found in ancient Vedic texts, including Brihat Samhita and Garuda Purana. Ayurveda is a system of healing that incorporates many techniques and theories and relates to planetary vibrations, astrology, and chakra theory. 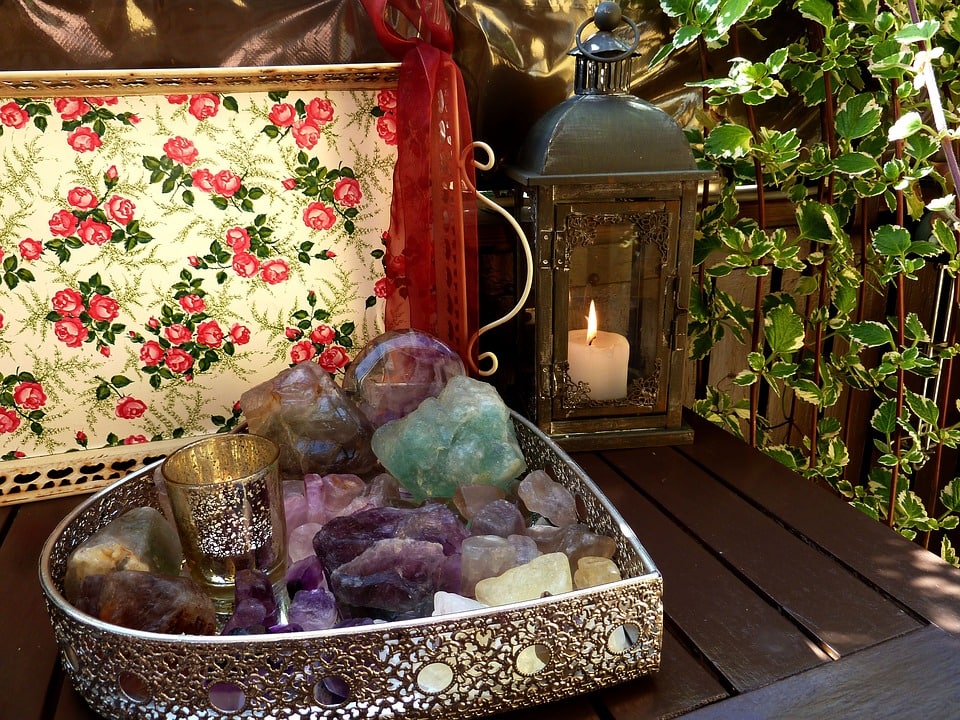 Today, modern practitioners have adopted these methods, sometimes combining Chinese and Ayurvedic traditions for a full palette of gemstone healing resources. Various schools of thought and approaches have emerged. For example, some people believe that spherical gemstones have the greatest healing properties due to an ability to radiate energy in all directions.

Others believe gemstone rings have a different effect depending on which finger wears the ring. The thumb is associated with fire, the index finger with ether, the middle with air, the ring finger with water, and the pinky with earth.

Gemstones are also sometimes placed inside the home to promote positive energy flow, while others believe that gemstone tinctures can facilitate healing. Gem tinctures are made using a similar process to herbal tinctures: gems are soaked for a set amount of time (depending on the gemstone) in a 50%-100% alcohol solution.

Of all gemstone and crystal healing therapy methods, warming gemstones in the hand and then placing them onto the body is among the most common. To try this, start by holding a crystal in your hand until and wait for it to reach the same temperature as your body. If you are sensitive, you may begin to feel vibrations. Then, depending on the stone and which chakra you’re hoping to heal, place the stone on the corresponding part of your body.

Crystals and Gemstones for Chakra Healing 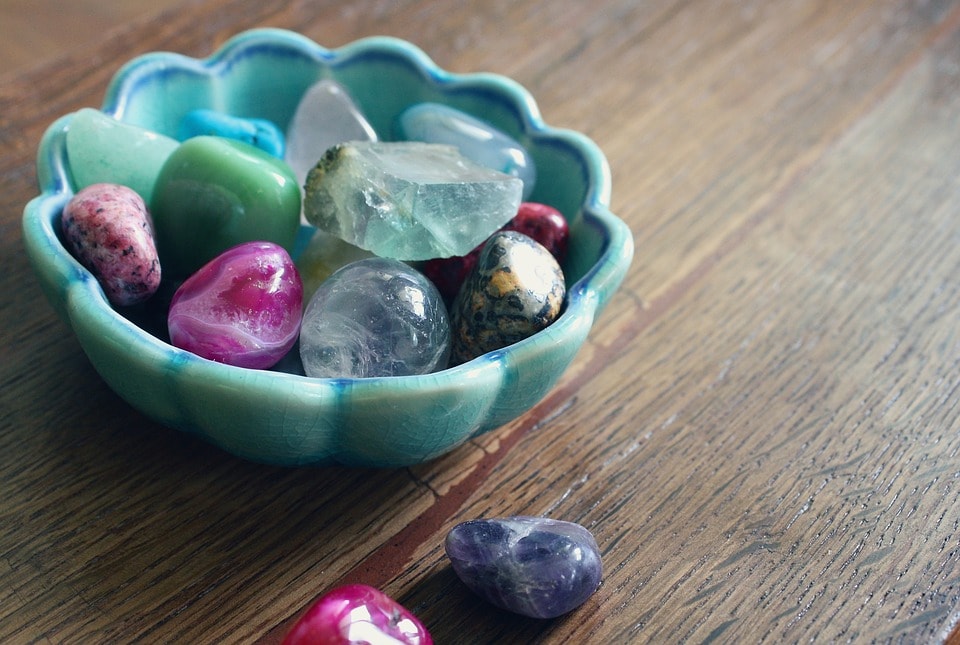 For each of the seven chakras, there are corresponding gemstones and crystals. Different practitioners will have different advice about how to apply these, but here is an overview of which gems go with which chakras.

The root chakra is associated with being balanced and grounded. Located at the bottom of the spine, it is your foundation. The gemstones thought to heal the root chakra are:

Creativity, pleasure, and excitement are the domain of the sacral chakra. Located just above the root chakra in the lumbar area, it is also thought to govern your libido or sexual energy. Stones used for gemstone therapy on this chakra include:

The solar plexus chakra really lends itself to gemstone therapy. Its Sanskrit name, Manipura, actually means “lustrous gem,” and many treasures are thought to be found in this chakra. Some believe it houses your centering powers of confidence and intention. Commonly associated gemstones include:

Unsurprisingly, the heart chakra is the home of love. It governs not only romance, but also self-love and friendship. Both green and pink gemstones are used to heal the heart chakra. These include:

The throat chakra is associated with your voice and connected with the regions of your jaw, neck and mouth. Some people work on healing this chakra by lying down and placing crystals and gemstones on the throat, or by wearing them around the neck. Here are the most commonly used stones:

The mystical third eye chakra is associated with spiritual vision and awakening. Holding gemstones during third eye chakra meditation can be a great way to unblock and liberate this chakra and your associated powers. Here are five excellent gemstone options: