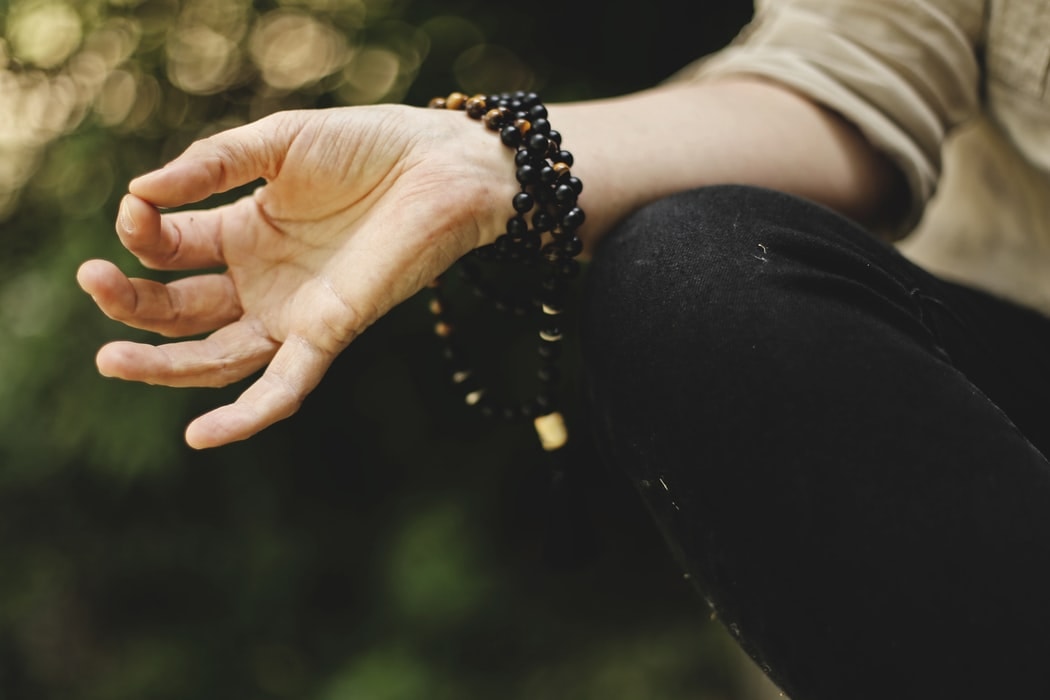 Welcome! This is a basic introduction to the chakra system with some practical tips on how to align chakras.

Within the human body there are seven points of energy, known as chakras, that span from the base of the spine to the crown of the head. Each energy point has its own unique characteristics, from its color and supposed location in the body, to its spiritual meaning and symbolism. To get a broader sense of the chakra system at large, check out this guide to the chakra system to understand how the chakras function within the body.

What is Chakra Alignment?

The word chakra itself means “wheel” or “cycle”—and this is a good metaphor for how all of the chakras in the body relate to one another. Although every chakra is unique and has its own function, the chakras are all interlinked. They form a holistic flow of energy and spiritual wellbeing throughout the body.

Sometimes, one chakra underperforms or becomes blocked. Then, often, other chakras in the system try to overcompensate to make up the loss. When this happens, you may begin to feel an imbalance in some aspect of your life. That’s when you know it’s time to learn how to align chakras.

What you want is for your energy to be able to flow consistently through all seven chakras.

During the realignment process, you will likely start from the first of the seven chakras, the root chakra. Extending up from the root chakra at the base of the spine, the chakras are as follows:

It’s important to understand the placement and unique characteristics of each of these chakras when you begin learning how to align chakras.

Throughout your life, it’s likely that you will have to deal with an imbalance in the chakra system. Whether a single chakra has become blocked, or a few have become overactive, having a chakra imbalance is nothing to fear. Due to thousands of years of metaphysical and spiritual studies, there is plenty of ancient wisdom to draw on in order to heal and balance the chakra system.

Each chakra deals with a specific aspect of life, and they each may exhibit an imbalance differently. The root chakra is connected to our feelings of security, being grounded, and having a connection to the earth. If you are feeling fearful, insecure, or are worried about money or basic survival needs, this chakra could be imbalanced.

The Sacral Chakra is related to sexuality, pleasure, and your emotions. It could be imbalanced if you are having a hard time connecting with others, taking joy in life’s simple pleasures, or are feeling closed off from others.

The core of our personality is the Solar Plexus Chakra. This integral energy point helps us feel confident in who we are as people, express ourselves creatively, and overcome our fears. It is believed that a lack of confidence, anxiety, and generally not feeling like yourself could cause an imbalance with this chakra.

As you may have guessed, the heart chakra deals with love and relationships. If you are struggling to open up to people (whether they are friends or partners), feeling disconnected from others, or are feeling particularly judgemental or harsh, you may want to focus on your heart chakra.

Believed to be connected to our voice, the throat chakra is all about communication and personal expression. Struggles with public speaking, feeling tongue-tied, or being unable to speak the truth may cause some people to believe there is an imbalance in this chakra.

Mystical and otherworldly, the Third Eye chakra is associated with a greater purpose, intuition, and good foresight. Some people believe that if you are feeling closed-minded, have a narrow view of current events, or can’t seem to envision your future, you may need to realign this chakra.

Finally, the Crown chakra is believed to connect us to the universe at large, and give us perspective on our place in the world. Those who are struggling to understand or accept their place in the world should focus their efforts on this chakra. Learning how to align chakras is essential for opening the crown chakra, which is thought to be the gateway to enlightenment.

How to Align Chakras for Each Chakra

As you can see, the chakras are each associated with specific aspects of life and energy. In order to realign the chakras, deal with them individually. By doing this, you will eventually find a harmonic balance within your personal chakra system. The following list of techniques illustrates how to align chakras one at a time.

How to Align Chakras With Meditation

Visualization and meditation can be a way to balance all the chakras. Start by finding a comfortable position, either on your back or seated with your spine aligned. Close your eyes and image a red ball of energy over the Root chakra. Focus on this for a few minutes, and don’t rush to move on to the next step.

Once you feel connected to the red energy, imagine the ball moving up to the Sacral chakra, becoming orange or a deep yellow. Allow it to hover there for several minutes before envisioning the ball moving to the Solar Plexus chakra, lightening to become a bright yellow. As you focus on it, remember to breathe deeply and slowly.

From the Solar Plexus, allow the ball to move up to the Heart chakra in the middle of your chest, becoming a bright green color. Focus the energy here before the ball moves to the Throat chakra. Here, it will turn blue as you meditate on this chakra.

As you near the end, the ball of energy will become a deep indigo as it reaches the Third Eye chakra near your forehead. Remember not to rush as the ball becomes a deep purple near the Crown chakra. Let the energy float toward the sky like a crown, and when you are ready release the energy and open your eyes.

Remember that it may take a long time and several techniques before you feel you have aligned your chakras, but don’t be discouraged by this. Everyone will have to learn to balance their chakras on their unique life journeys.