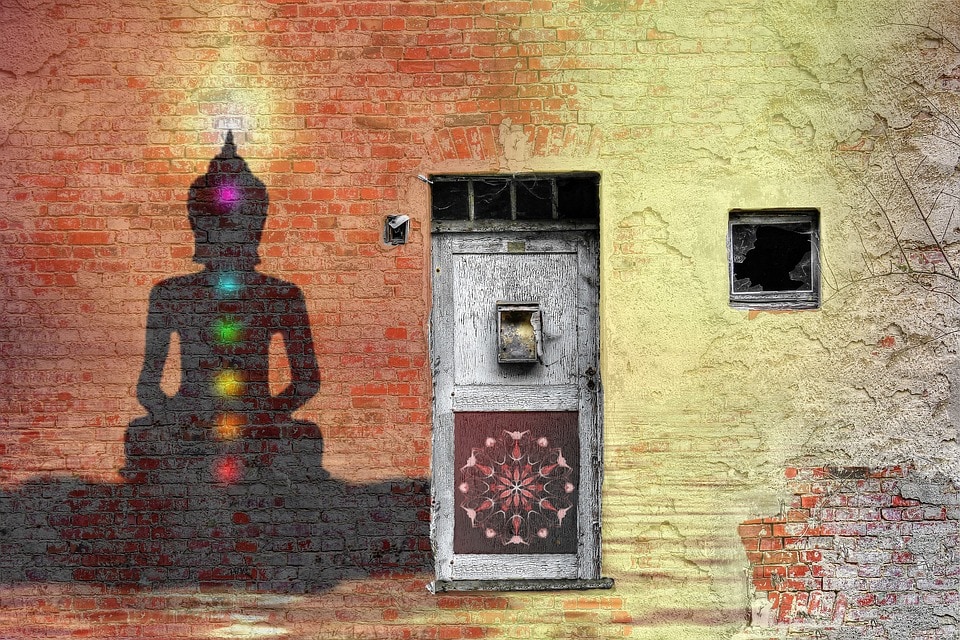 This article is written based on people’s belief in metaphysics.

Some people embrace the belief in chakras or just dismiss the entire concept as nothing but mumbo-jumbo. In this article, we talk about chakras in the most basic terms so you can understand the relevance of them and how they impact your life. In Sanskrit, the literal meaning of the word “Chakra” means “wheel”. In Indian thought, chakras are the circular spinning wheels of energy situated in various parts of the human body.

What Is The Chakra System?

The chakra system is a very involved energy channel network that connects these wheels; it is mapped across the entire body and is akin to a spiritual network system. The body has 7 large, main chakras that are found parallel to the spine. What adds to the ambiguity and the confusion when understanding what chakras are, is that there are a number of varying meanings.

At times, it’s almost as if people use this word when they are talking about spirituality. In some ways, it’s true that we aren’t entirely sure of what exactly we are referring to. When we talk about inner energy, it’s with reference to our life force. Energy makes us conscious of our surroundings and makes us feel alive.

The chakra system helps in explaining the movement of this “energy” or life force and helps us get a better understanding of ourselves. If you make an effort to consciously work with your chakras and balance them, it can go a long way in improving our emotional-energetic state.

Where Are The Chakras In Our Body?

Each of these chakras vibrates at different frequencies and they all are associated with specific colors. This becomes a very handy aspect with reference to chakra readings and chakra meditations where these colors can be visualized clearly. Below is a guideline to understanding chakras:

Let’s take a look at the chakras the color associated with them and what they stand:

This chakra is situated at the root/base/perineum. It represents survival needs such as shelter & security as well as grounding. The root chakra is a good one to focus on if you are a frequent traveler, haven’t created a very solid home base somewhere and don’t have a strong sense of security. This chakra is associated with Red color, the spinal column, colon, the kidneys and the legs.

This chakra is situated near the Sacrum, which is a very large bone section above the coccyx, but right at the base of the spine. It represents characteristics and aspects such as sexuality, emotional-energetic balance as well as pleasure. The sacral chakra is associated with Orange color.

This is situated right at the belly button and represents assertion as well as willpower. The color Yellow is associated with the Navel chakra.

This chakra is situated very close to the heart; it represents attributes such as intuitiveness, compassion, unconditional love as well as acceptance. It is associated with the color Green.

As the name suggests, the chakra is situated in the throat area and is related to reliability, truth, communication and creativity. The color Blue is associated with this chakra.

This is situated right at the brain’s center, just at the cross-section above the ears and between the eyes. It represents imagination, intuition, wisdom as well as the ability to perceive and analyze the truth in the world around us. The color it is associated with deep purple.

This is the only chakra that lies just outside the physical body. It’s situated above the crown of the head and is considered to be our “spiritual body”. This particular chakra is associated with aspects like the state of pure being, unconditional love, and higher consciousness, which also makes it a little more enigmatic than the rest of the chakras in the body. However, the color white, indigo or light purple are connected to it and it’s also associated with upper vitalization.

How To Clean The Chakra System

This is a very brief and concise description and explanation of what the chakra system is and what it is made of. The subject, its connotations and the manner in which these chakras relate to your overall wellbeing can be a very complex subject.

But we can start to understand it by looking at our own lives and habits. This will give us some understanding of a how to bring in a semblance of balance in the chakras which will translate into greater clarity in our lives.

Various yoga practices such as the deep breathing techniques, meditation, chanting and physical postures are the different ways of balancing and cleaning our chakra system. It’s advisable to continue learning more, keep practicing and bring in that balance into your life.