According to ancient metaphysical tradition, each human being’s spiritual energy is gathered in seven focal points known as chakras. Running from your tailbone to the crown of your head, each chakra has its own meaning, symbol, color, and set of associated spiritual wellness practices. In this article, we discuss the crown chakra, also known as Sahasrāra. If you’re brand new to chakras, we recommend understanding the chakra energy system before diving into this discussion.

Please note: This article was written according to people’s belief in metaphysics.

What is the Crown Chakra?

The crown chakra is the subtlest and most ethereal of the seven chakras. As the conduit of consciousness, the Sahasrāra chakra is believed to be our closest connection to the creative power and sublime majesty of the universe. More so than cerebral ‘knowing,’ this chakra is thought to govern deeper realization, wisdom, and enlightenment. 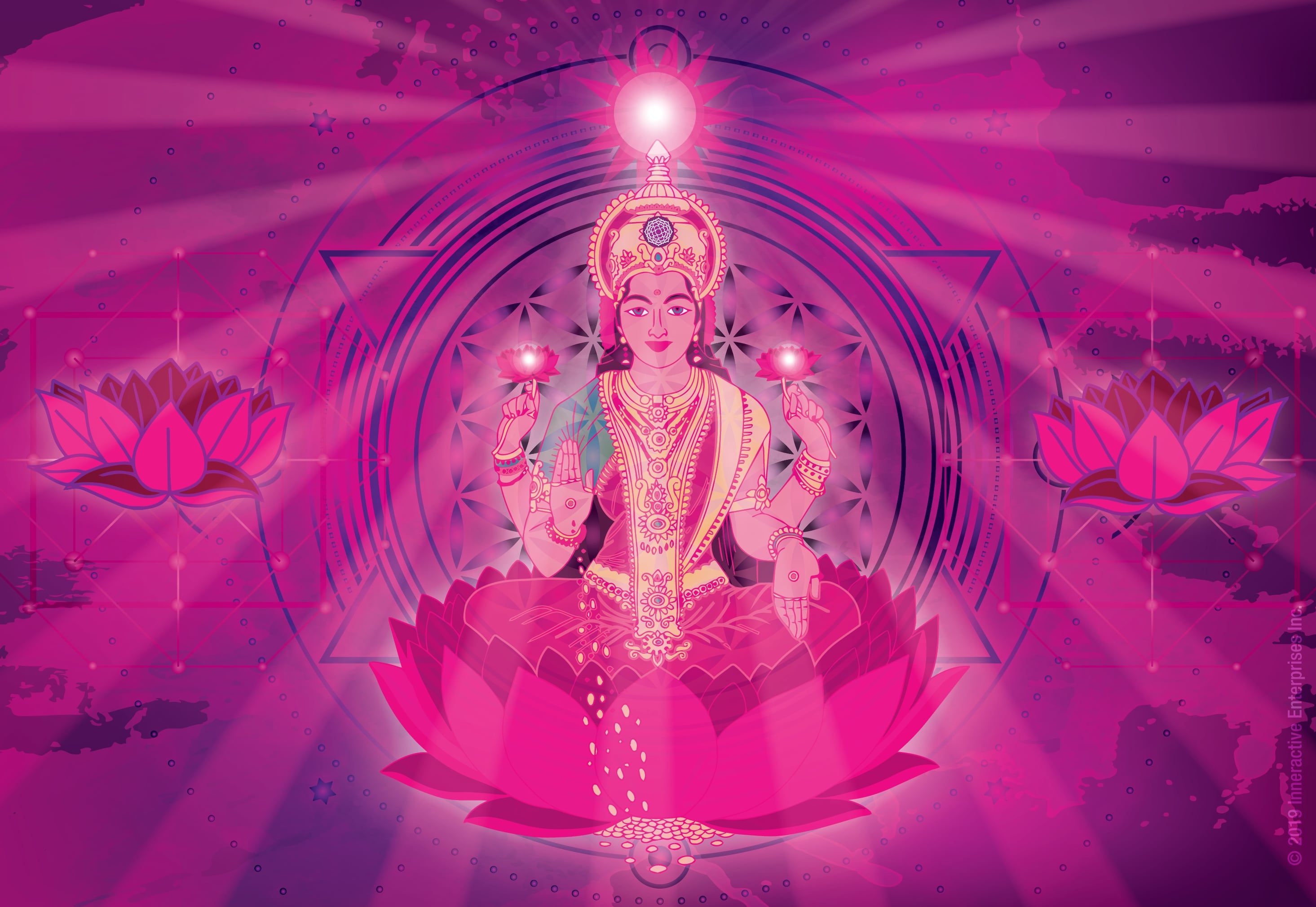 Energy from the crown chakra is thought to radiate upward from the top of the head, like a crown. It is sometimes depicted as a circle of radiant light about the head, not unlike a halo. Many people believe that when a person’s crown chakra is fully open, he or she attains sheer bliss, divine connection, or Nirvana. 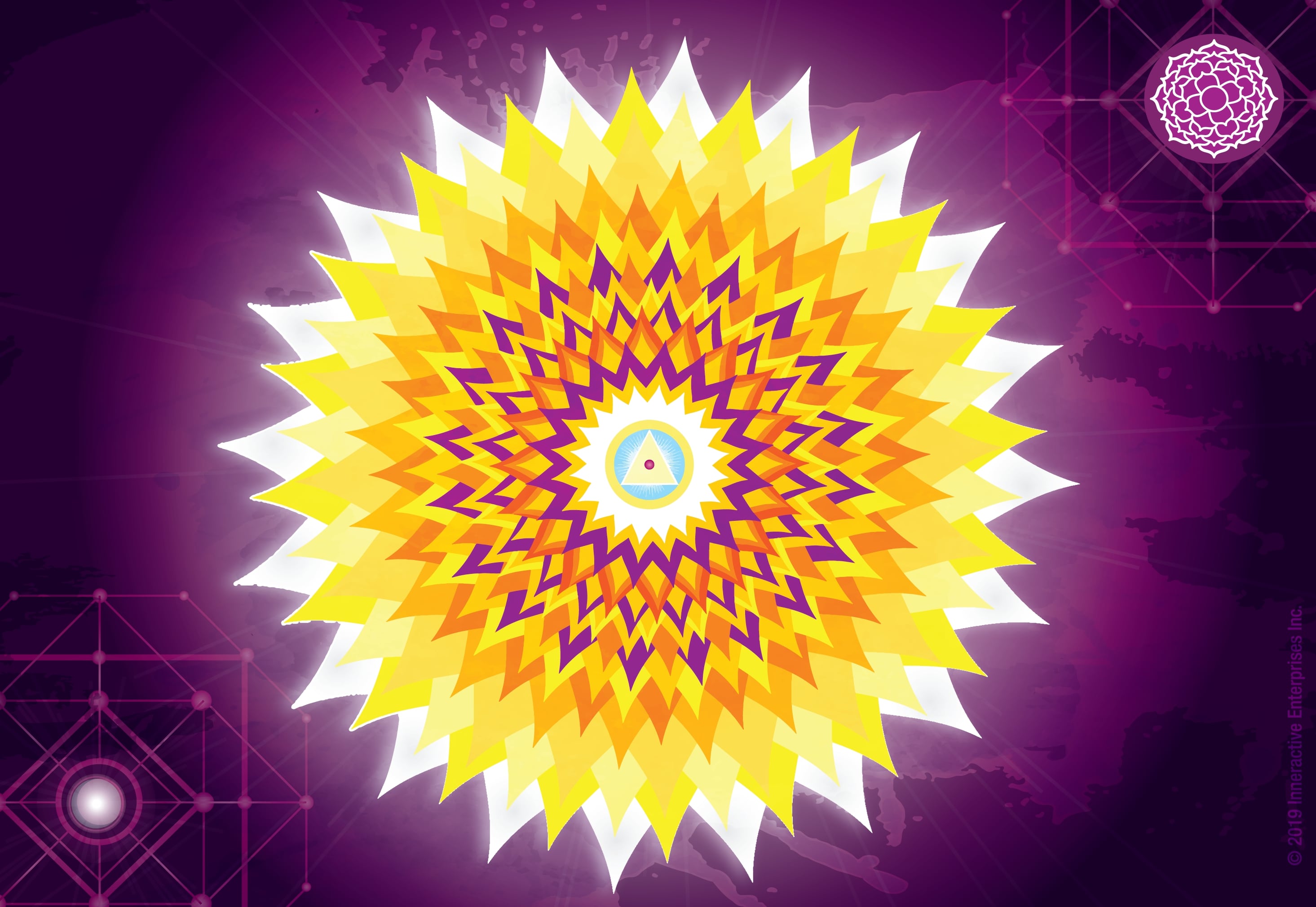 In Sanskrit, Sahasrāra means “thousand petals,” and accordingly, this chakra is represented by a thousand-petaled lotus. The lotus is crafted in 20 layers with 50 petals in each layer and is intended to convey the subtle and complex role of this chakra.
Crown Chakra Element and Color

The crown chakra’s extra-special significance is embodied by its associated color and element. In fact, the crown chakra doesn’t have any element—at least, not as you might ordinarily conceive of the word ‘element.’ This magnificent chakra is instead associated with the metaphysical element of thought.

Similarly, the crown chakra doesn’t have a designated color in the same way that the other chakras do. Although it’s often depicted using violet, its auric color is believed to be pure white, which subsumes all the other colors in the light spectrum.
Crown Chakra Behavior Characteristics

The crown chakra’s domain is transcendence. When your crown chakra is healthy and open, you are liberated from self-imposed limitations and attachments. Your awareness and consciousness are maximized; you are calmly decisive and embrace a joyful approach to life. ‘Mindfulness’ is a popular term for the wisdom and clarity that are thought to emerge from the crown chakra. 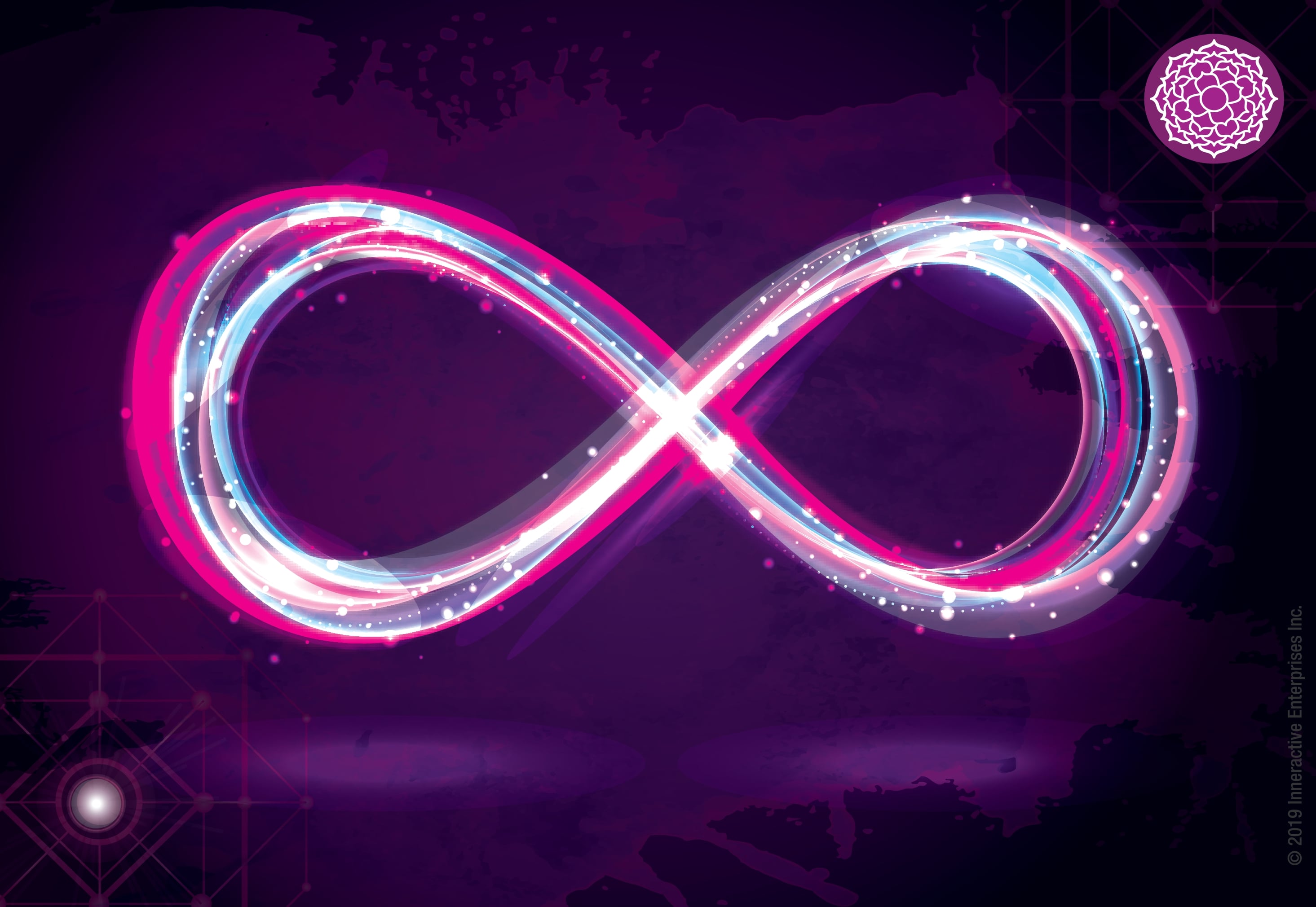 Some people also think of the crown chakra as a gateway to a state of universal, impersonal consciousness that is truly beyond the understanding of finite beings. In this ultimately mysterious state, opposites are unified, paradoxes dissolve, and the limits of possibility are transcended.

There’s at least one way in which the crown chakra is just like the other six: imbalances, whether in the form of blockage and overactivity, are thought to cause serious distress.

A blocked crown chakra is associated with various kinds of spiritual numbness and disconnection, including isolation, loneliness, and a lack of direction or meaning in life. Some people associate crown chakra blockage with a wide array of neurological disorders, such as nerve pain, headaches, migraines, and insomnia. 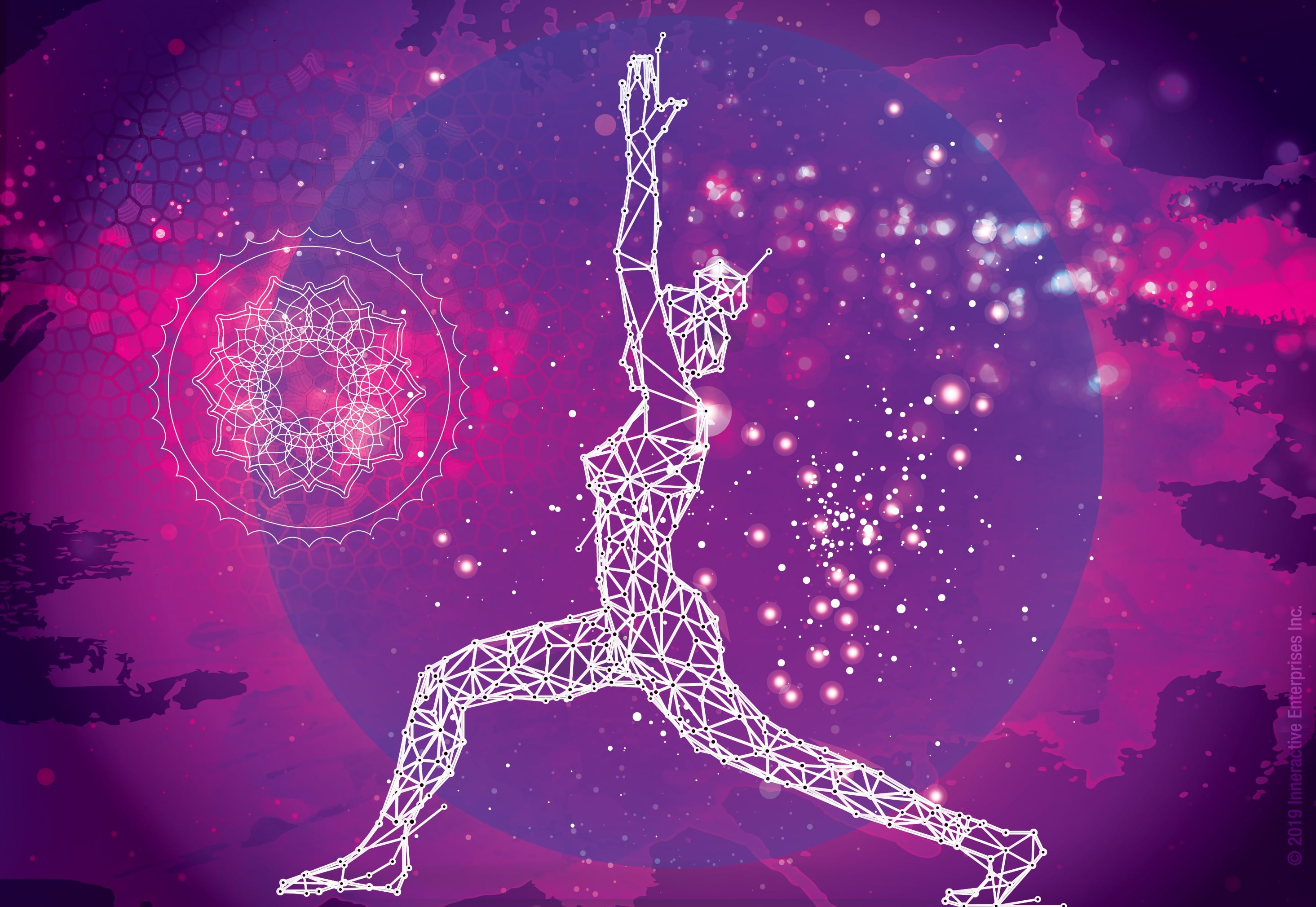 Balancing the crown chakra is an essential part of the journey toward spiritual awakening and enlightenment. Yoga is one of the most popular activities used to balance the crown chakra—so much so that Yoga International created an in-depth crown chakra yoga sequence. Chakra healing stones, aromatherapy, reiki and Tai Chi are also widely used. Additionally, the crown chakra benefits enormously from meditation and affirmation. 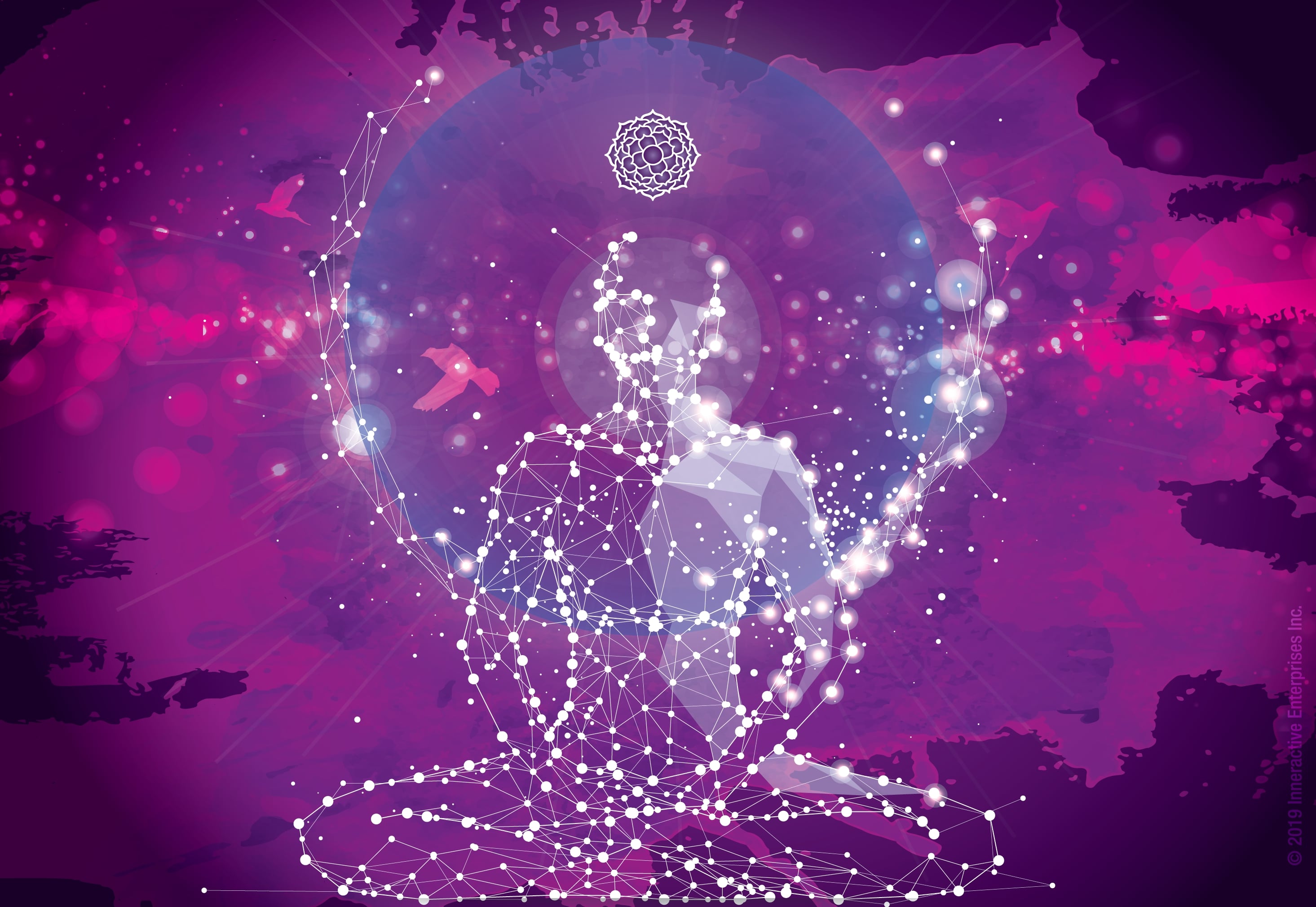 Here is a wonderful meditation technique focused on thought, which is the crown chakra’s element.

Begin by closing your eyes and trying to become centered and calm. As you do this, you’ll notice the chattering in your mind. Some of these intrusive thoughts may repeat, while others do not. These thoughts might be mundane (e.g. errands you still need to run), or they might be more serious worries about people you love.

Either way, imagine a small “window” in your mind, through which only one thought can pass at a time. Guide your thoughts, one by one, through that window into your mental ‘view.’ Acknowledge the existence of each thought. Then, release it to make way for the next one.

As you practice this meditation, you’ll notice that your mind stills, and your racing or intrusive thoughts become more manageable.

One goal of this meditation is to release attachments, not only to your thoughts, worries, and anxieties, but also to material things. Only by releasing attachments can you experience the transcendent state of being that is linked to a balanced and open crown chakra.

To stay focused on your crown chakra healing process, choose an affirmation that resonates with you and say it to yourself each day. Here are a few suggestions:

Signs of a Crown Chakra Opening and/or Healing

How can you determine the effectiveness of your efforts to heal your crown chakra? Some yogis say that if your crown chakra is opening, you will feel a cool (metaphysical) breeze exiting from the top of your head, your fingertips, or your palms.

When you are searching for signs of crown chakra opening, remember that you are on a journey toward enlightenment, which is thought to be a kind of ultimate good. So, consider your core values, the things you call ‘good.’ Perhaps you value gratitude, generosity, and compassion. So, do you believe you are more grateful, generous, and compassionate today than you were yesterday? How about last week? If you find yourself consistently improving and becoming your best self, that can be a powerful sign that you crown chakra is becoming open and balanced.