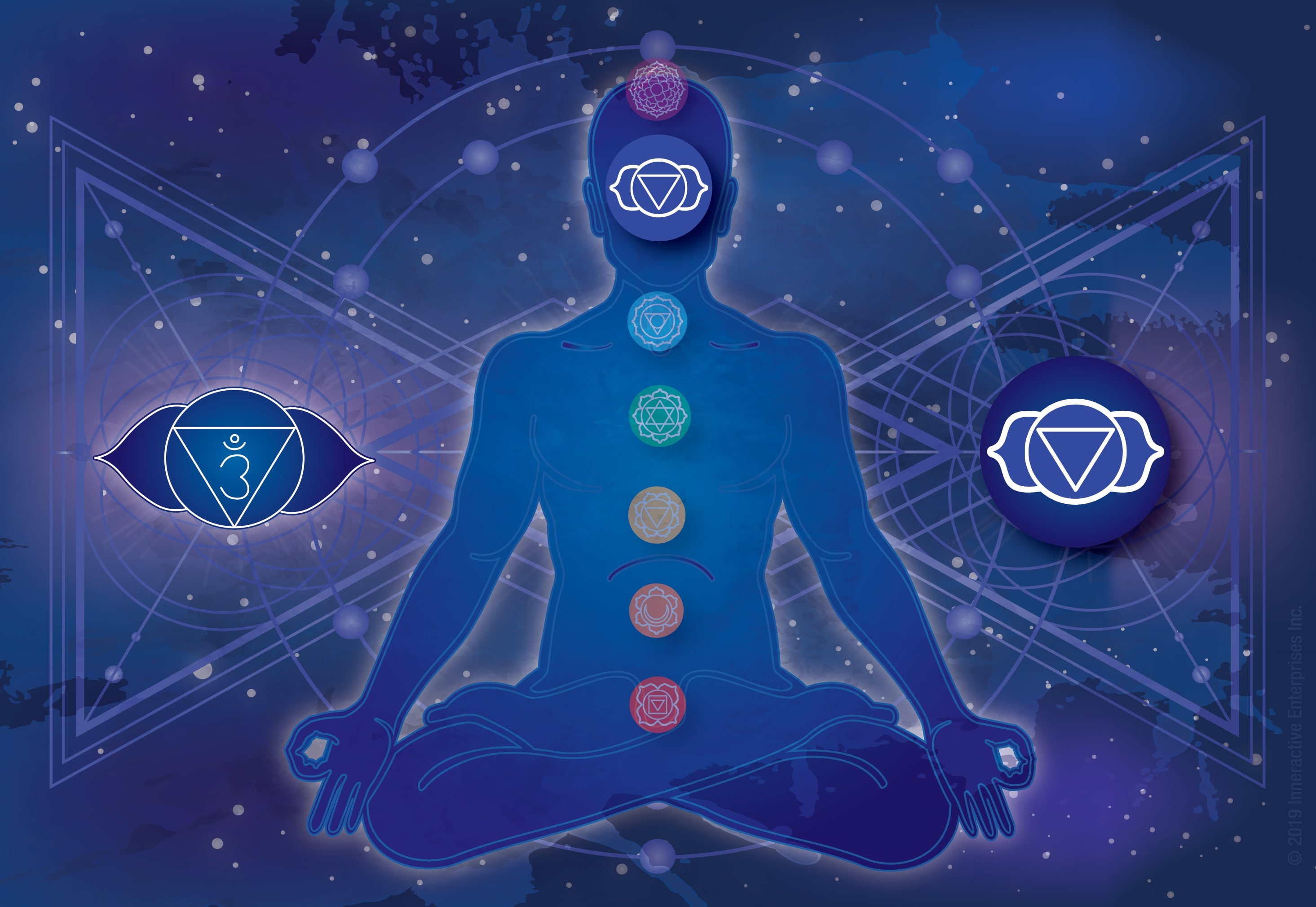 The human body is wonderfully complex—and the mind and spirit even more so. Many people believe that spiritual energy within the body can be found in seven distinct spots, known as the chakras. Tapping into the mind-body connection to unlock your potential through your chakras can yield great spiritual results.

Please note: This article was written according to people’s belief in metaphysics.

Running up from the base of the spine to the crown of the head, the chakras are thought to be associated with different parts of the body, such as the sacral chakra. None of the chakras is more mystically charged than the third eye chakra.

What is the Third Eye Chakra?

Believed by many to sit in the middle of the forehead, the third eye chakra is thought to be above the bridge of your nose, spiritually located in the brain. This positioning is important, as the sixth chakra, or brow chakra, is understood to be the center of intuition, imagination and foresight.

This chakra is associated with the “sixth sense,” or the ability to know or feel things to be true with no outside evidence. Increased intuition, wisdom, vision, and even supposed clairvoyance or psychic abilities are thought to be connected with this chakra.

Also called the Ajna chakra, or guru chakra, people believe this chakra can be strengthened through meditation. 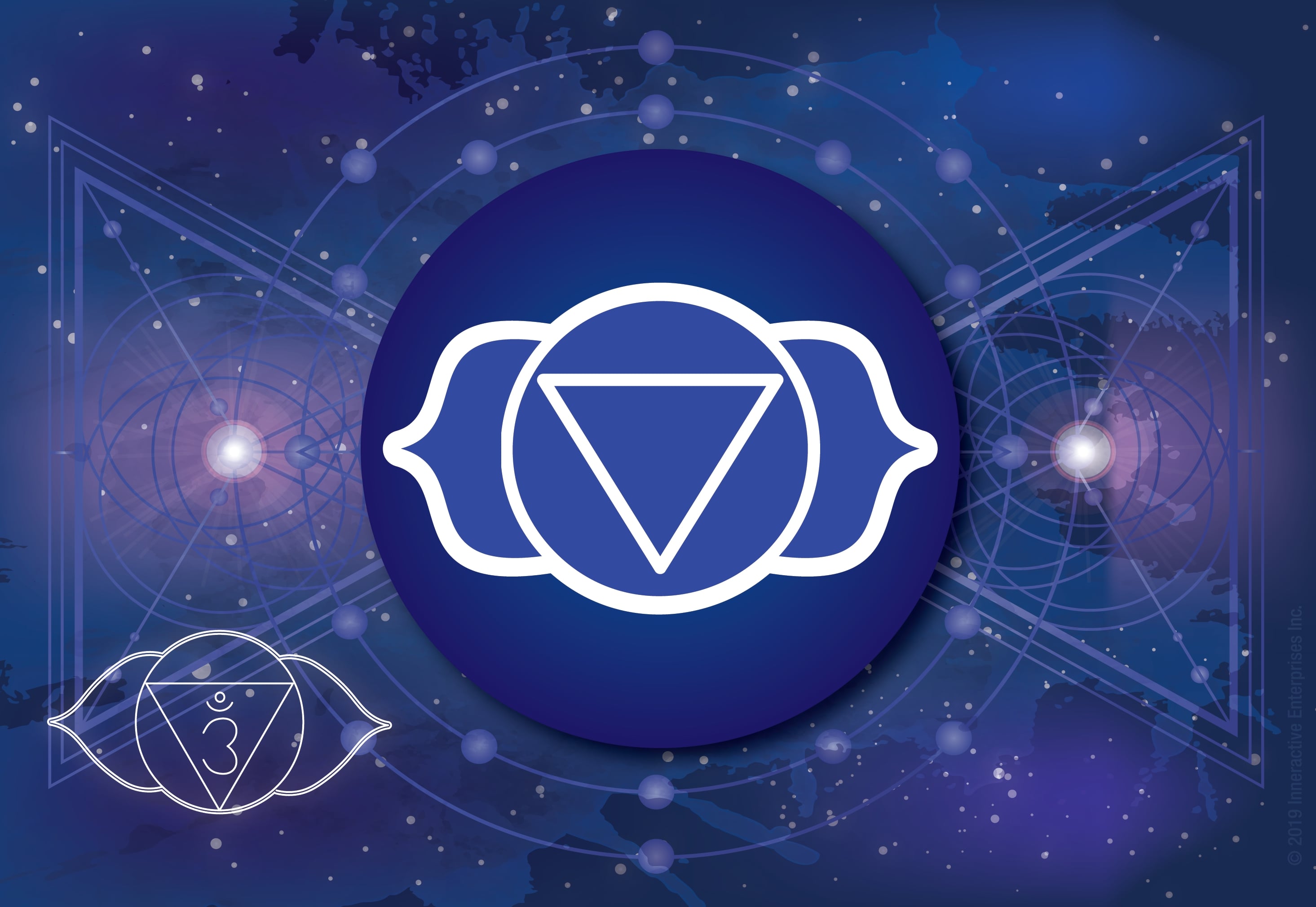 The element associated with the third eye chakra is light, as it is symbolically responsible for illuminating things in your life. Beyond guiding your personal intuition, many people believe the Ajna chakra is connected to a greater understanding of your place in the cosmos, and governs supposedly mystical states of consciousness, like sleeping and waking.

Some people associate the color indigo with the third eye chakra, and it is frequently depicted using an inverted triangle and lotus flower.

It is believed that chakras and auras exist in a delicate balance, and must be regularly aligned and opened to maintain good spiritual energy. Just as stronger muscles in the body may overexert themselves to try to compensate for weaker ones, chakras can underperform (this is called “blockage”) while others become overactive to compensate for one another. This creates an imbalance that must be addressed for complete spiritual health.

A blocked Ajna chakra is commonly associated with several problems. The following may indicate that your sixth chakra is blocked:

There are several physical indications that your third eye chakra is blocked as well. Since this chakra is believed to be associated with the pituitary and pineal glands in the brain, its blockage may be related to physical conditions such as migraines, irregular sleep, dizziness, and poor vision. Additionally, the third eye chakra may be affected by depression, anxiety, and delusions about yourself or others.

On the other hand, some people believe that patterns of indecision, skepticism, closed-mindedness, and inability to see the bigger picture are connected to an under-active sixth chakra. 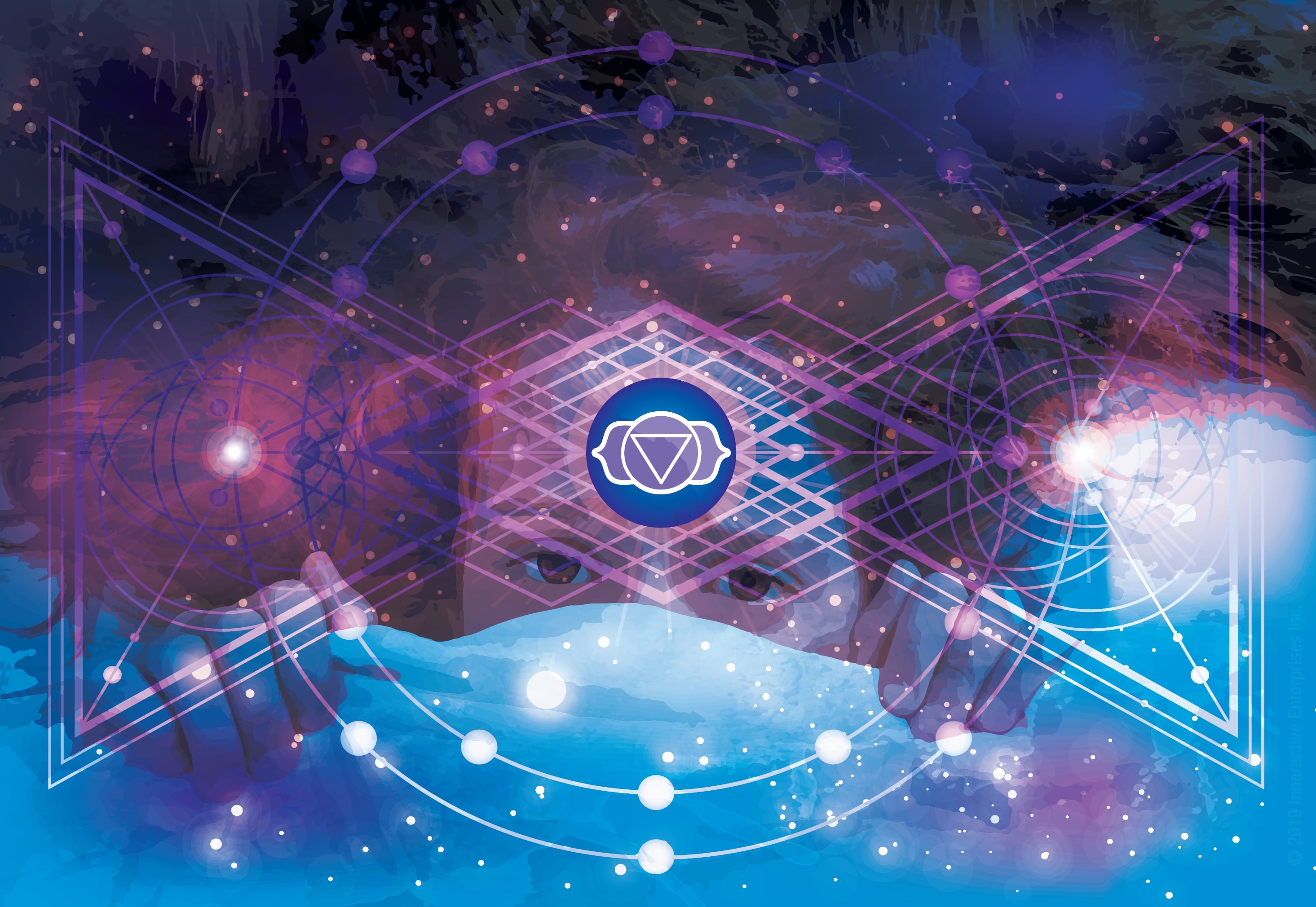 Signs that the sixth chakra is overactive may include delusions or trouble focusing. An overactive Ajna chakra is associated with excessive daydreams or fantasy, vivid dreams or nightmares, and difficulty concentrating.

It is believed that healing the third eye chakra by balancing or opening it can yield benefits in your life. 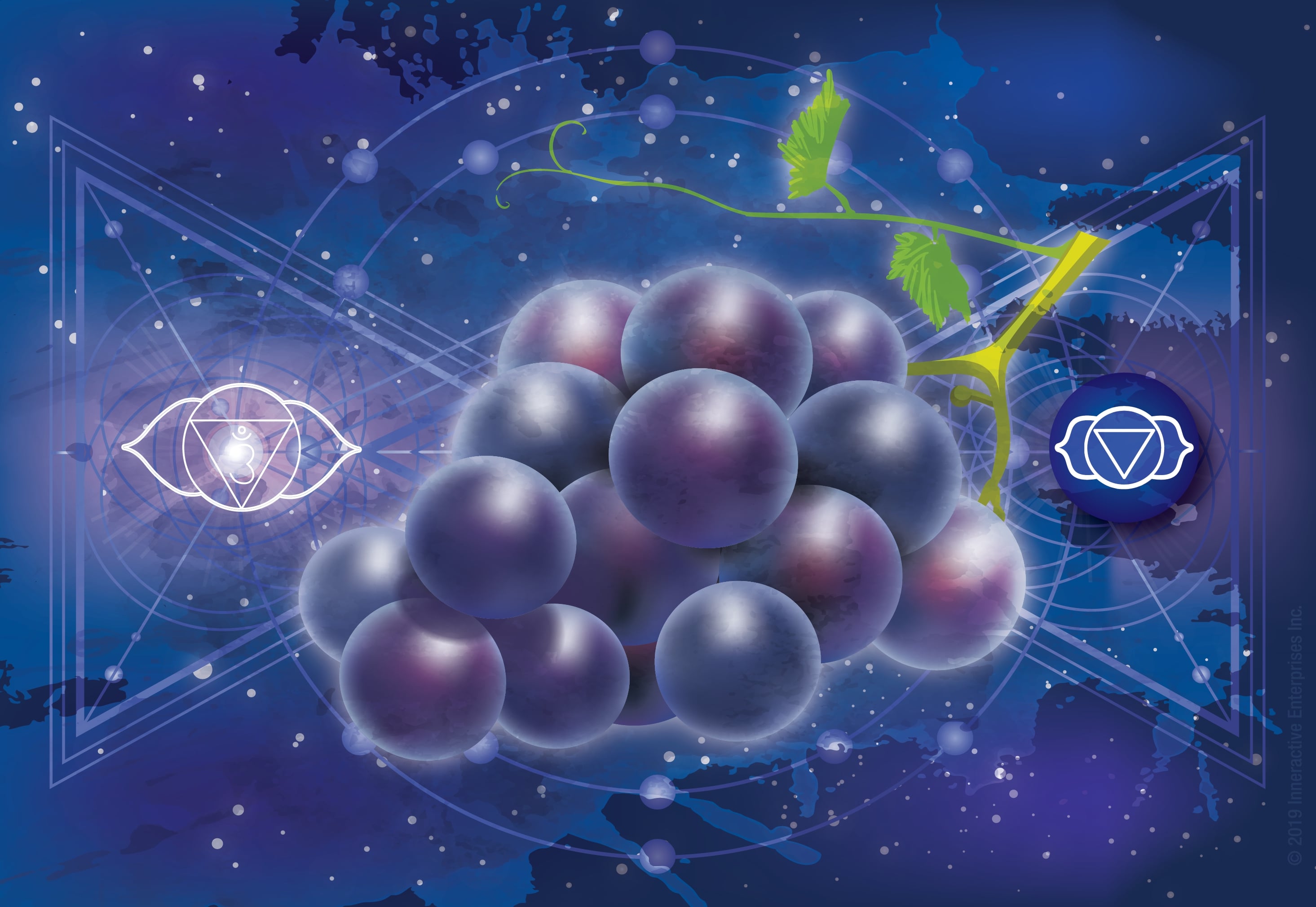 The use of healing stones that are the same color as the sixth chakra are also a popular balancing method. The stones may be held during meditation or placed along different points of the body to clear away negative energy. The most popular stones for this method include amethyst, lapis lazuli, quartz, and moonstone. 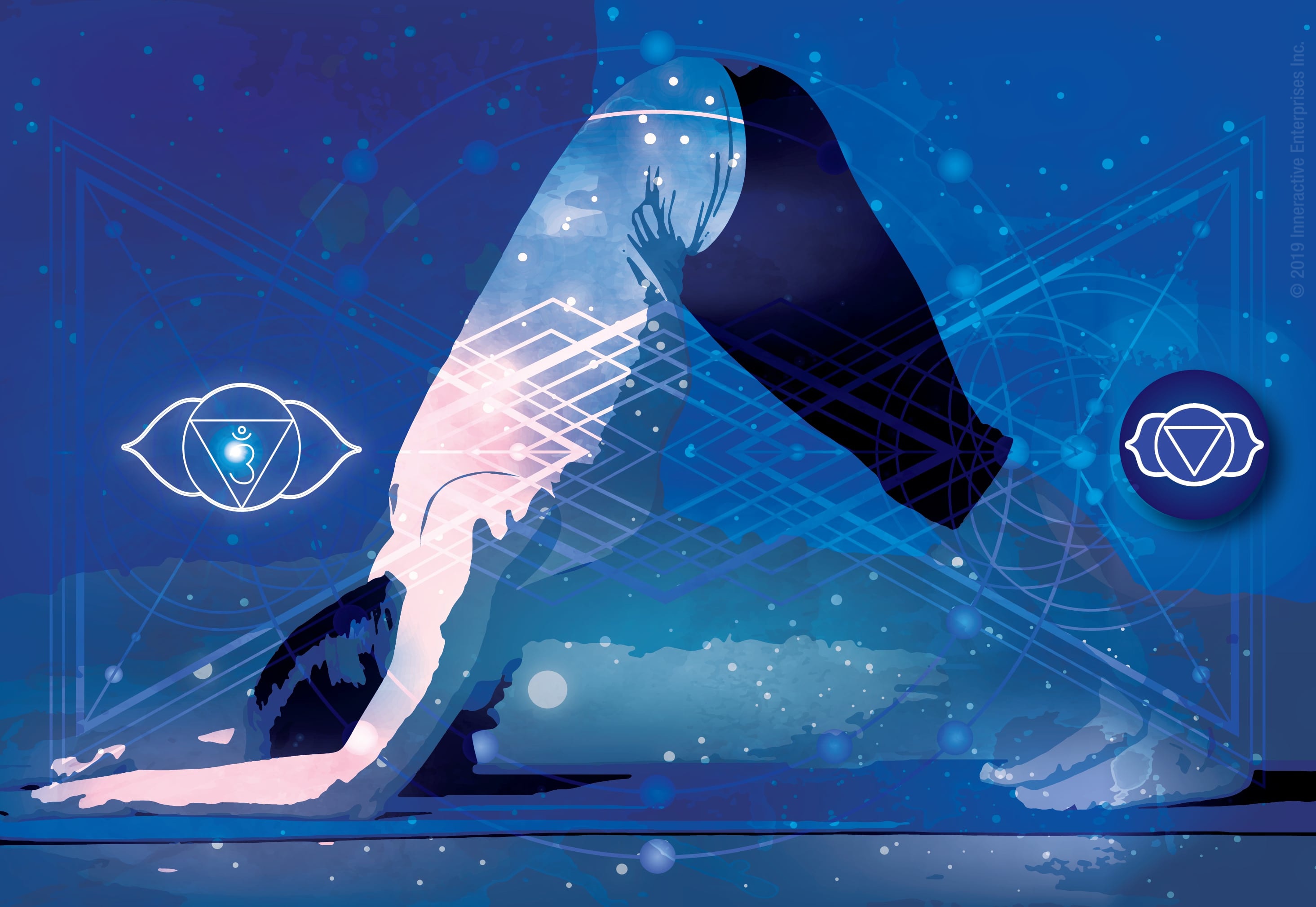 One indication that your third eye chakra is opening is increased confidence in your inner voice. Once you’ve come to trust your own intuition, it is likely that your sixth chakra is opened and functioning well.

Some people report more vivid dreams or even visions associated with the opening of their guru chakra. Additionally, headaches or a tingling in the forehead during mediation or visualization exercises all point to the activation of this chakra.

Just like the other chakras, meditation is believed to be the best way to balance and get in touch with this chakra. It’s especially important for the third eye chakra as it is already associated with mental awareness and clarity.

To heal the third eye chakra through visualization, start by closing your eyes and imagining a ball of purple energy over your forehead. As you breathe deeply, visualize it growing larger and taking all the negative energy out of your body. When the ball has absorbed all your negativity, allow yourself to absorb all the positive energy from your third eye chakra. At the end, let your eyes open as you finish your meditation.

If you’re not a fan of visualization exercises, try a simple breathing and meditation exercise instead. Close your eyes and plug your ears. Breathe deeply and exhale on the syllable “Aum,” drawing out the ‘M’ sound. This will create a buzzing sensation that is thought to help open the third eye chakra.

Remember that the third eye chakra is a source of mystical, subtle energy, and it may take time or many different methods before it opens. Keep trying, as this chakra can help guide you on your path through life.